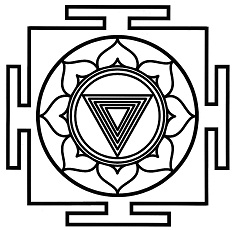 There are many paths to the Enlightenment, each offering different interpretations of the ageless wisdom. For instance, the Advaita Vendanta denies ego, mind, emotions and indeed all material existence as illusory, relative, transitory and hence not worth spending our time and energy on.

Ramana Maharshi, a great South Indian sage, used to say: “That which is not present in deep dreamless sleep is not real.”
That in effect means, as far as I can see, that everything in the waking state of awareness is not real. Well, I can’t speak for Sri Ramana Maharshi, but on the planet I live on, thoughts, emotions and body are all quite real.

There are other paths, however, which from my perspective, are more empathic to our relative existence and material life. Tantra, especially the so called Left hand Tantra is quite clear on the subject of our mind, emotions and physical body.

In my experience, there is no real need to deny anything, really. Not even one desire is in a way – ego and the mind present no real obstacle. Denying only creates stormy waves in perfectly calm sea.

The Buddhist quote below resonates with my current inner/outer reality so very much:

“Just as bubbles arise and dissolve in the water of the limpid sea,
Just so, conceptual thinking is nothing other than dharma nature.
Don’t see it as a problem — relax.

Whatever arises, whatever is born,
that itself is free by itself without fixation to it.
Aside from mind, there is no other phenomena.
Mind is free of the elaborations of birth and death.

For instance, one who goes to the golden isle cannot find dirt and stone even when sought.
In the equality of the great realm of phenomena,
there is no rejecting or accepting, no equipoise or subsequent attainment.

If the tree is cut from the root, the branches will not grow.
Realise the great freedom from limitations.
Rest within the uncontrived natural state.”

From the book:
Niguma, Lady of Illusion, Svayaṁmukti-mahāmudrā